This is a fun outfit to RP in or to dress up as the Wicked Witch for Hallowe’en, complete with broom (see last picture).  In this set is:

The hat is from Karazhan but can take some time to farm, but it is my top choice because of the name.  There are some alternative hats that look the same – the Preceptor’s Hat, Dread Mage Hat, Skywitch Hat.

The Farmer’s Broom will probably be the toughest to grind because of the .02% drop rate in Tirisfal Glades 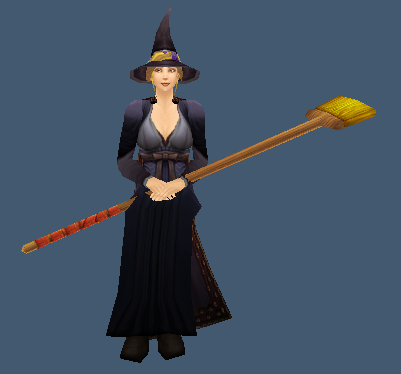