Lesser Staff of the Spire 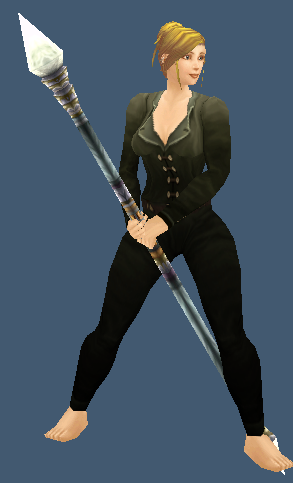 Lesser Staff of the Spire

I love the very simplistic look of this staff – this is what a true simple staff should look like.  This staff will take some serious farming to get however, but it is also great for low level RP’ers since you only need to be level 15 to equip.  However, the mobs are no longer in the position they were formerly at, so it is unknown if this drops from the other Blackrock mobs now at the same location (don’t kill the worgs, they do not drop any loot).  If so, the mobs are low level, but it has a 0.06% drop rate.  Also keep an eye on the AH for this one.